Interest Rates Creeping Back Up; Highest in One Year

Those record-low interest rates, which are partly driving the real estate recovery, especially in locations such as Newport Beach and Costa Mesa, may be heading for the rearview mirror as the economy “recovers” and rates are back on the incline.

According to Freddie Mac, the 30-year fixed-rate mortgage averaged 3.81 percent with an average 0.8 point for the week ending May 30, 2013, up from last week when it averaged 3.59 percent.  The below graph, from Freddie Mac, shows the trends. 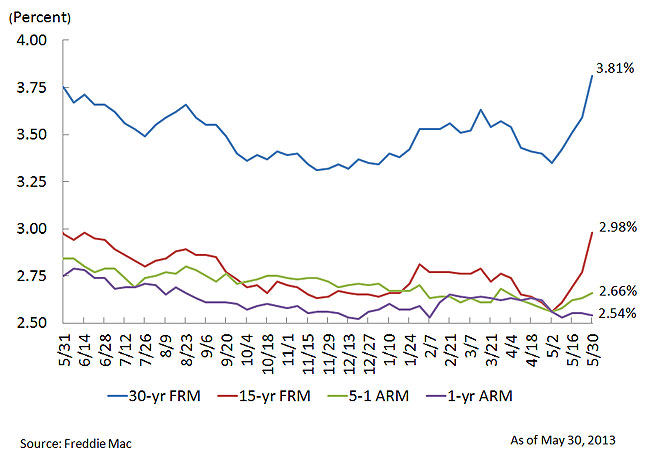 Interest rates are generally tied to Treasury Bond yields, i.e. what the Federal Reserve loans out.  Generally, the Federal Reserve will lower interest rates to stimulate the economy and raise interest rates to slow it down (to curb inflation).  We’re starting to see the rates go higher, meaning the Federal Reserve is beginning to rein in the free-money that has been doled out over the past year as the overall economy, and housing, continue to recover.
That said, a 3.81 percent interest rate is still near-record-low and unthinkable just a few years ago.  It’s still a great deal (people were paying double-digits in the 80s and 6 percent or more just a few years ago).  However, even an eighth of a point can add hundreds of extra dollars a month to a mortgage payment.  As rates head back into the 4 percent and above range, that may cause a significant dent in the purchasing power of many would-be buyers.
Eventually, the higher interest rates will slow down real estate and the entire economy (that’s the purpose, to stop inflation).  However, this is a problem for potential buyers today.  Prices are high, pricing many out of the market.  It is unlikely that prices will drop as an immediate result of increased interest rates, they are more likely to stabilize – leaving higher prices, and higher interest rates, for buyers.
What to do?  For potential buyers – this is a tricky situation.  You certainly don’t want to buy a home based on speculation (that’s gotten plenty of people in trouble in the past).  At the same time, if you’re ready and looking to buy, and find the right home, it would be advisable to do so while the rates remain at historic-lows, saving hundreds (if not thousands) of dollars per month in payments. 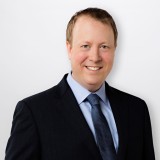